Matt, a senior manager, came to see me because he was struggling to perform well in a new management role. He had a lot of anxiety and often became immobilized. In our work together it emerged that his father died when he was quite young. His family rarely talked about it and he never grieved the loss of this very important relationship. If he thought his performance was less than perfect, he feared rejection from his boss, which tapped into a well of unresolved loss. This triggered anxiety, which signals the anticipation of danger and emotional pain. It’s our mind’s way of saying, “Look out! This might lead to unbearable pain.” This caused a lot of problems in Matt’s personal life, and it negatively impacted his leadership effectiveness and consequently his entire team. He had trouble making decisions in a timely manner, and often withdrew from his team to manage his anxiety.

Grief doesn’t respect the personal vs. work boundary we erect in our hearts to cope with the pain of loss. All significant losses will impact your work and the way you influence others. Connected leadership requires that you identify and grieve your losses. However, that’s easier said than done. Here’s the two-pronged problem: 1) we naturally tend to avoid emotional pain including the pain of loss (as Matt did), and this is promoted in some ways by Western, individualistic cultures; and 2) the prevalence and power of grief are often overlooked in organizational life. George Kohlrieser and colleagues state, “Grief is seldom spoken about in organizational life; it is in fact one of the most common and least understood workplace phenomena.” [1]

Unresolved grief is the source of much of the resistance to change we see in organizations. Rationalistic change programs will never work in the long run because emotion drives action. Any change brings loss; the loss of what was. So any change initiative, or response to change, needs to start with grieving. It may not sound hip, but it’s human. At the end of the day, for all our Enlightenment based proclivities to control and make progress through objective knowledge, we can’t escape the subjective experience of our humanity. It is, after all, what infuses our life and work with meaning. The most poignant kind of loss involves relationships, but there are other kinds of loss that stem from the connections we create to our sense of identity, places, routines, and organizational cultures. Here are some representative examples:

Some of these changes result from positive events and some from negative. In both cases, however, change brings loss, and the resolution of loss requires a process of grieving. Both of these problems, when we don’t face them, lead to the transmission, rather than transformation, of our pain. Spiritual writer, Richard Rohr, astutely observed, “If we do not transform our pain, we will most assuredly transmit it.” [2] This happens in dyadic relationships and at an organizational level.

However, if you commit to the process of grieving your own losses, and facilitating the grief process within your organization, you can move through the grief to a renewed sense of meaning and energy in your work. Kohlrieser and colleagues offer an adapted model of the stages of grief in organizations, based on the pioneering work of the late Dr. Elisabeth Kubler-Ross. The stages include denial, protest/anger, sadness/missing, fear/terror/panic, rationalization, acceptance, new attachment/renewal, forgiveness, and gratitude.

To simplify, you can think of these as three stages: recognize, release, and renew. Here are several practices to help you and your organization move through the stages of grief.

1. Recognize. The first step is to recognize that grief is a normal part of change. Recognition is the antidote to denial. When people show signs of loss, remember that this is a normal and good thing. It’s a step in the right direction toward the other side of grief—renewed meaning and a rebuilt life. But you can’t leave somewhere until you arrive there. You can’t leave grief and loss until you’re present with it. How the leadership deals with grief sets the emotional tone for how the organization will deal with it.

In 1997, Howard Schultz, then CEO of Starbucks, got a call in the middle of the night from Howard Behar, then President of Starbucks North America and International, informing him that three Starbucks employees were shot and killed in the Georgetown store in Washington DC. The first thing Schultz did was not call the PR people. Instead, he flew straight to Washington DC, spoke to the police and then went to homes of each of the three murdered employees. He expressed his sorrow and shared in their tears. By having the courage to express his grief, Schultz demonstrated compassion to the victims’ families and helped their friends and colleague deal with the loss. [3] When leaders like Schultz recognize and express the reality of loss, it communicates to employees that it is safe and healthy to grieve.

Reflection question: How can you help your people recognize a collective loss?

2. Release. In the release stage you gradually accept the reality of the loss. You come to terms, on an emotional level, with the “new normal.” This involves releasing the desire to hold on to what was, and accepting what is; releasing the anger and bitterness that is a natural response to uninvited change. Even in positive changes, you must release your grasp on old, familiar routines. As you release what was, you gain a sense of closure that prepares you to move to the next stage of renewal. But this is a process and you can facilitate this process with specific practices.

First, create safe environments for people to process emotions. We don’t often talk about grief in the workplace because it’s viewed as too “personal” or “emotional.” Yet people will not be able to move on and reengage in work if they don’t process the emotions of loss. Ask people about their feelings, and share how the loss and change have impacted you.

Second, acknowledge and show acceptance of people’s pain by putting it into words: “I know you miss the team you were working on; it’s a difficult transition. How are you feeling about it?” Then you can go on to highlight the potential benefits of the change.

Third, understand that people will process grief at different rates and in different ways, so you need to truly listen to understand where people are. It’s important to keep in mind that senior leaders are often ahead of others in the process because they’ve been dealing with it for longer. If you’re in that position and you feel like people are rehashing old issues, try to be patient and remember that while you may feel ready move on, others don’t feel that way because the information is newer to them.

Fourth, use rituals to facilitate acceptance of the losses. When a colleague in the psychology department where I teach died suddenly, we held a special memorial service at the school. It was a time for our department to celebrate our friend’s life and share our collective loss. It helped us all process the loss because we grieved together as a community.

Reflection question: What is holding you back from releasing what was lost?

3. Renew. As you come to terms with a loss, you begin to invest a new sense of meaning into what was lost, which frees you up to developed renewed attachments to other people and goals. You want to help people, and the organization, begin to attach again to new people and goals. Help people verbalize the meaning of the journey they have gone through. Then encourage them to connect to new goals and new people.

Azim Khamisa found a new goal and purpose after his 20 year-old son, Tariq, was senselessly murdered by a 14-year old gang member. Through a process of grieving and forgiveness, he founded the Tariq Khamisa Foundation with the mission of transforming the lives of violence-prone, at-risk youth.[1, p. 81].  After the tremendously difficult task of releasing the loss of his son, he was able to developed renewed attachments to new people and a profound new goal.

As you invest in your new attachments to people and goals, you begin to see growth that can emerge from loss and change.  This is referred to as stress-related growth or post-traumatic growth.  Growth that stems from loss and trauma generally falls into three categories: changes in life priorities, changes within the self, and changes within relationships.  You can read more about this in a previous post here. This can lead to a deeper appreciation for life and acceptance of your limitations.  As you and your organization renew your attachments, set aside time to share the growth that is occurring in your priorities, and within yourself and relationships.  This will unleash new energy to invest in the future.

Reflection question: In light of your journey of change and loss, what is a new goal or priority that is emerging?

I hope this helps you grieve your losses and promote positive change in your life and work.

To Improve Employee Engagement, Focus on Building Bonds of Trust, Not External Incentives

3 Ways to Promote Psychological Safety in Your Team

Todd Hall, Ph.D. is Chief Scientist and cofounder of Connection Culture Group. Dr. Hall is a psychologist, author, and consultant focused on helping people live and lead with connection. He is a co-developer of the MCORE motivation assessment, and a contributor for the Human Capital Institute. You can learn more about Dr. Hall's work at drtoddhall.com and follow him on Twitter, Facebook, and LinkedIn. 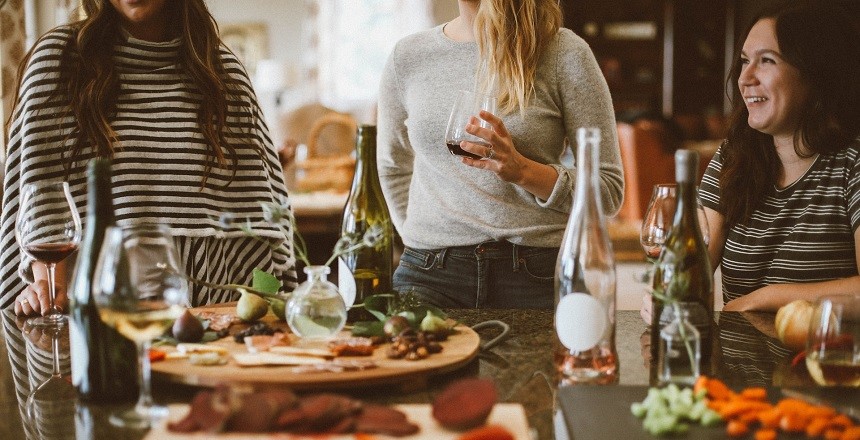 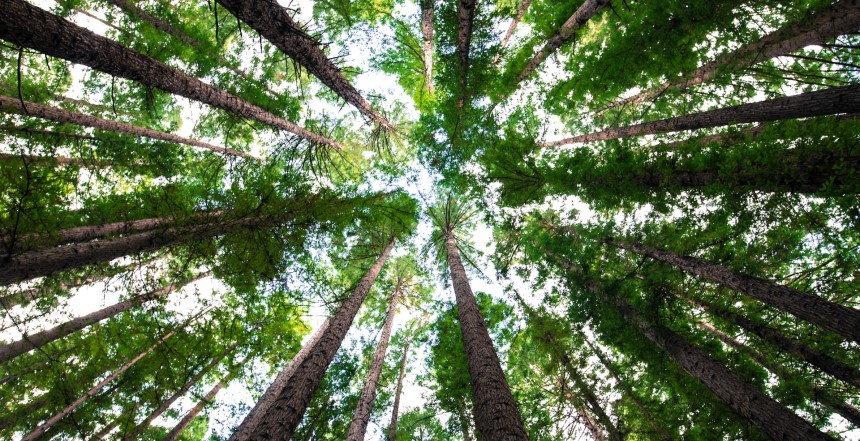 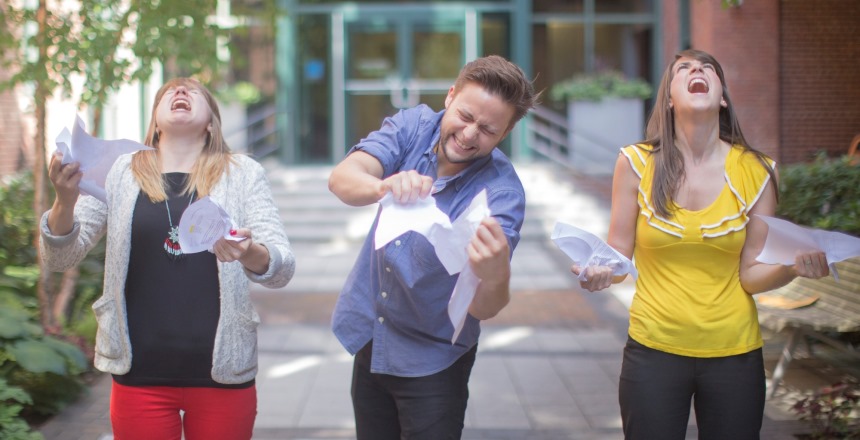