3 Practices CEOs Should Adopt from this Rock Star

As seen on Fox Business

One of the great success stories of our time is the rock band U2.  When the band began in 1976, its musical skills left much to be desired. More than three decades later, U2 has received a remarkable 22 Grammy awards, more than any band in history.  In addition, the band surpassed the Rolling Stones’ record for the highest revenue grossing concert tour. How did this transformation happen?

Like all great groups, leadership makes the difference.  Bono is U2’s leader, lead singer and lyricist. His leadership approach can be described in one sentence: Bono communicates an inspiring vision and lives it, values people, and gives them a voice.  CEOs would be wise to follow Bono’s example.

1. Communicate an Inspiring Vision and Live It

U2’s vision is to improve the world through its music and influence. Bono calls it “the spark” and he feels it sets U2 apart from many other bands. U2’s songs address themes the band members believe are important to promote such as human rights and social justice.  Bono has described himself as a traveling salesman of ideas within songs.

He lives the vision, too.  Bono and his wife Ali are philanthropists who help the poor, particularly in Africa.

Bono values people.  He encourages and affirms his fellow band members.  He expresses appreciation for their talents and describes them as being essential to U2’s success.

Ask his fellow band members and they’ll tell you Bono has had their back during times of trial. When drummer Larry Mullen, Jr. lost his mom in a car accident a short time after the band was formed, Bono was there to support him.  Having lost his own mother, Bono shared Larry’s pain. Later, when U2 was offered its first recording contract with the condition that it replace Larry with a more conventional drummer, Bono told the record company executive to “shove it.”

When lead guitar player “the Edge” went through divorce, Bono and the guys were there to support him.  When bass player Adam Clayton showed up to one concert so stoned he couldn’t perform, Bono and the other members were likely tempted to throw him overboard for letting them down.  Instead, they had someone step in to cover for him and they went on to help Adam overcome the drug and alcohol addiction he had developed.

Unlike many bands where the megastar takes most of the economic profits, Bono splits profits equally among the four band members and their long-time manager. This also shows that Bono values his fellow band members and manager.  I’m not saying CEOs should split their company’s economic profits equally with others.  Just recognize that taking too much of the profits works against motivating the people you lead.

3. Give People a Voice

Bono gives his fellow band members a voice in decision-making. The members of U2 argue relentlessly over their music, which reflects their passion for excellence. Bono has stated that this approach is frustrating at times and it takes longer to make decisions but that he believes it is necessary to achieve excellence.

The result of Bono’s leadership is that the band members feel a strong sense of connection, community and unity.  Bono describes U2 as a tight-knit family.  He has said that “people with a strong sense of family and community…are always very strong people.”   The commitment to support one another extends beyond the four members of the band.  The members of U2 are part of a larger community that includes their families, crew members and collaborators. Many of them have known each other for decades.

The members of U2 feel connected to their leader and they have his back as well.  The most vivid example of this came when U2 campaigned during the 1980s for the observance of a Martin Luther King, Jr. Day in America. Bono received a death threat that warned him not to sing the song “Pride (In the Name of Love),” a song about the Reverend Martin Luther King, Jr., at an upcoming concert.  Bono described in an interview that as he sang the song, he closed his eyes.  At the end of a verse when he opened his eyes Bono discovered Adam Clayton literally standing in front of him to shield him from potential harm.

Now don’t get carried away and expect the people you lead will take a bullet for you.  That said, just imagine what an organization of loyal, committed and connected employees could accomplish.

By following Bono’s leadership practices, CEOs can unite their organizations and motivate their members. Doing so will increase the trust, cooperation and esprit de corps necessary to produce sustainable superior performance. 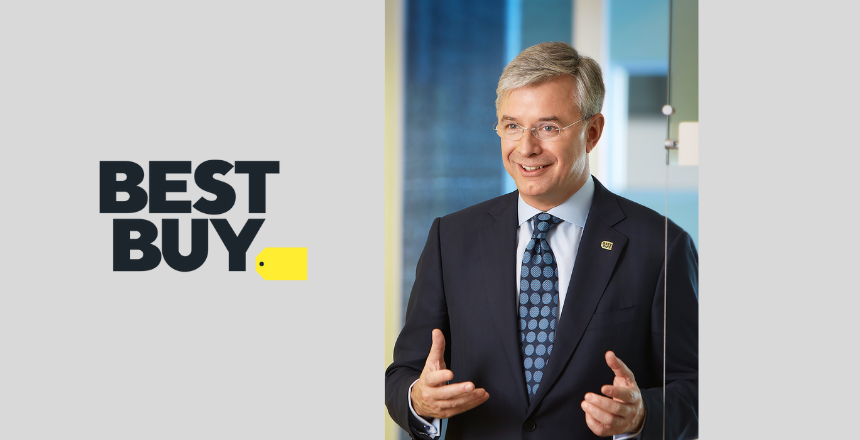